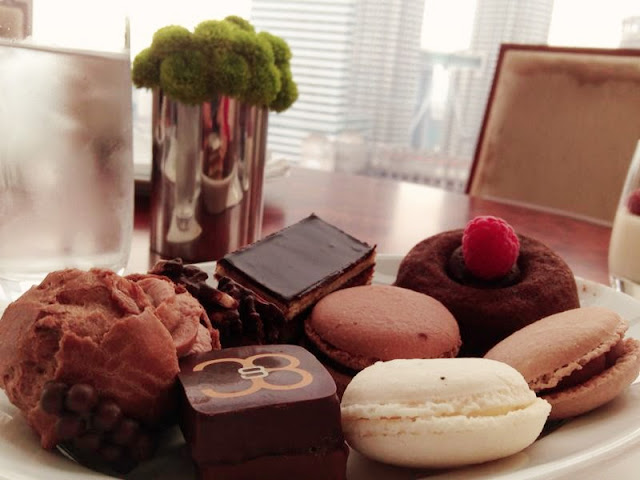 I'm here today with one sole purpose, that is to make you drool.

Sometime back then during Bulan Ramadhan, Ernie took me out for tea! Or well what I assumed it to be since he was being all secretive about it. We arrived at Grand Hyatt Hotel and went up to the 38th floor, where the restaurant THIRTY8 is located at.

We were there for buffet. Not just any buffet but a CHOCOLATE BUFFET!!!! Yes such a thing exists and for sweet tooth people like me, it's heaven! We found chocolate heaven! 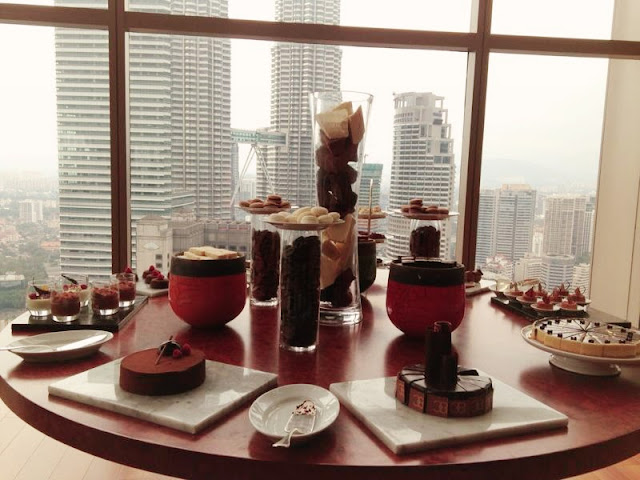 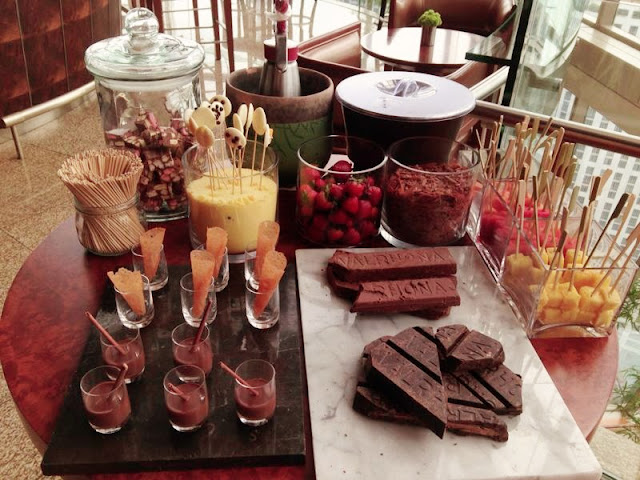 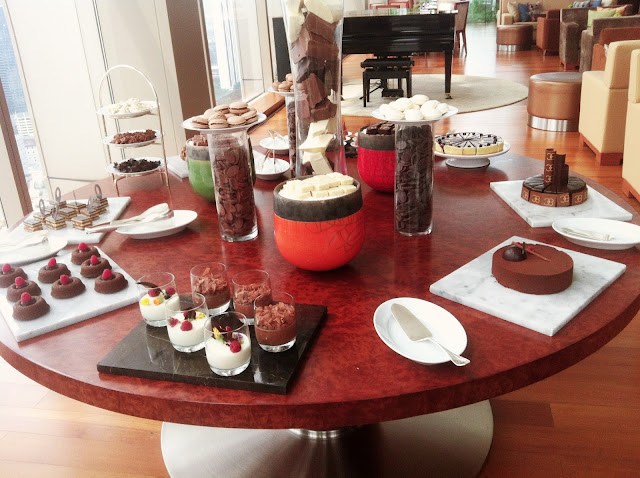 IS THIS REAL LIFE?!?

Also, we were the only two having the chocolate buffet at that time so everything you just saw up there.. they're all for us! Muahahahaha. 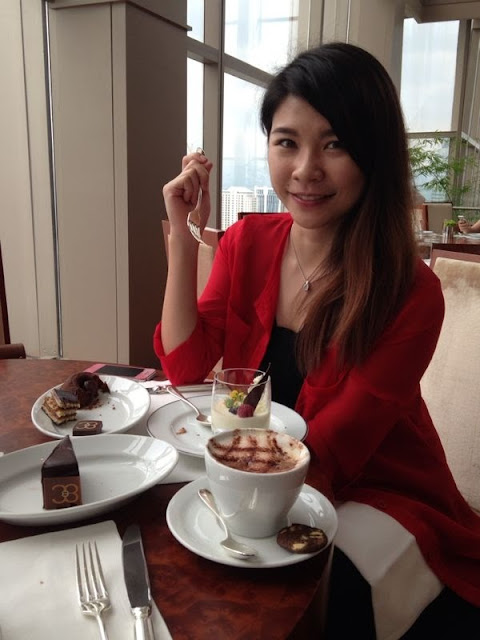 I made my stomach work extra hard that day. EAT ALL THE CHOCOLATES! 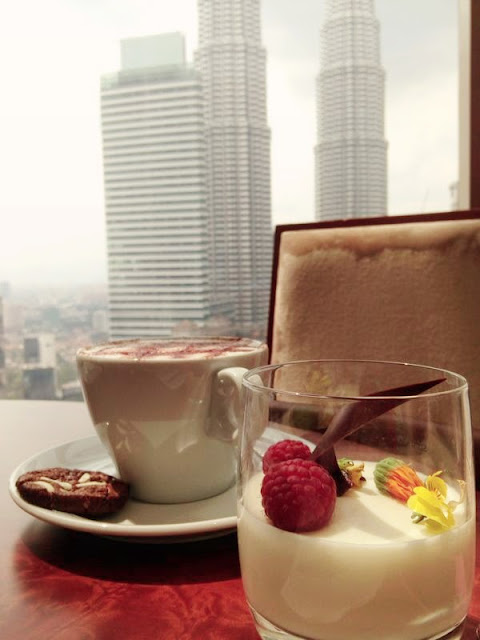 We had a good view of KLCC and the city too. 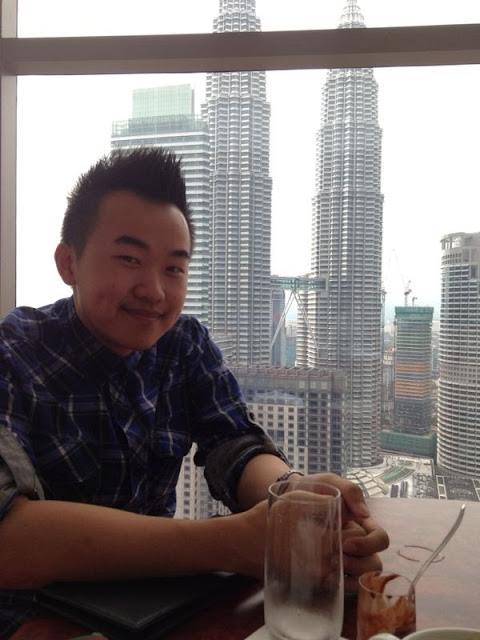 All thanks to Ernest for being panai enough to have discovered this chocolate heaven.

Alright now for the best part! THIRTY8 is well known for their signature cake so even though we just had way too much sweets, we ordered the cake anyway. 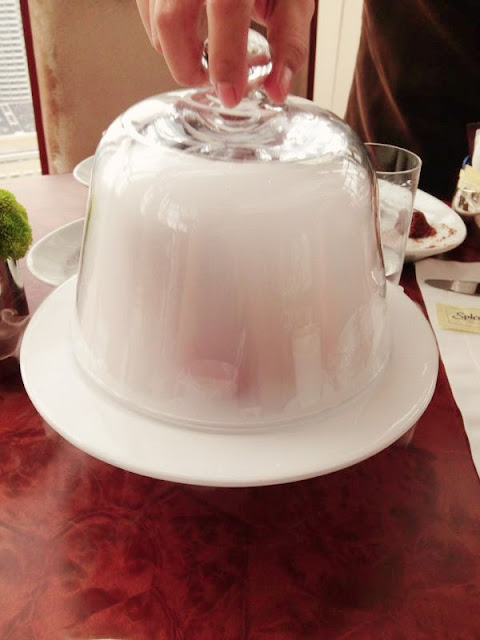 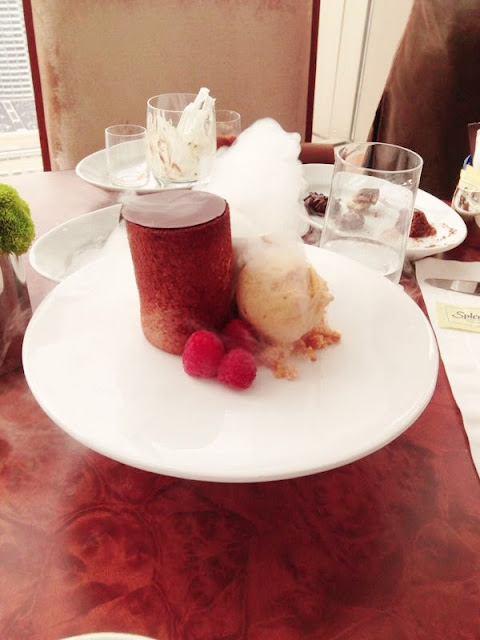 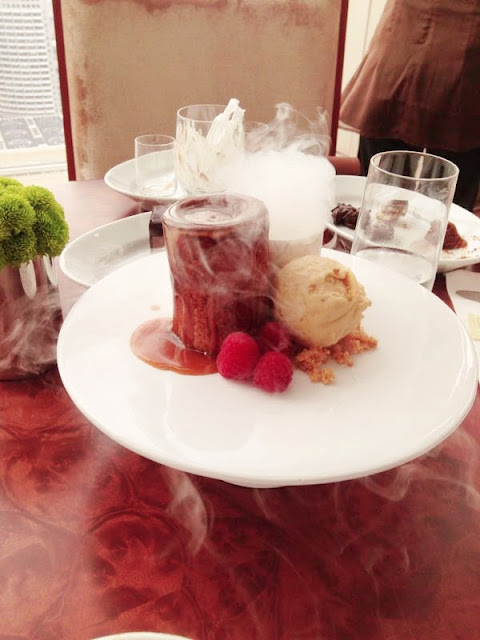 It was served on an elevated plate with a cover. The cover was only removed at the table in order for us to be able to oooh and ahhh at the smoke effect. Shortly after, the waitress poured caramel sauce (probably hot) onto the cake, causing the cake to melt inwards.

See it for yourself in the video below! 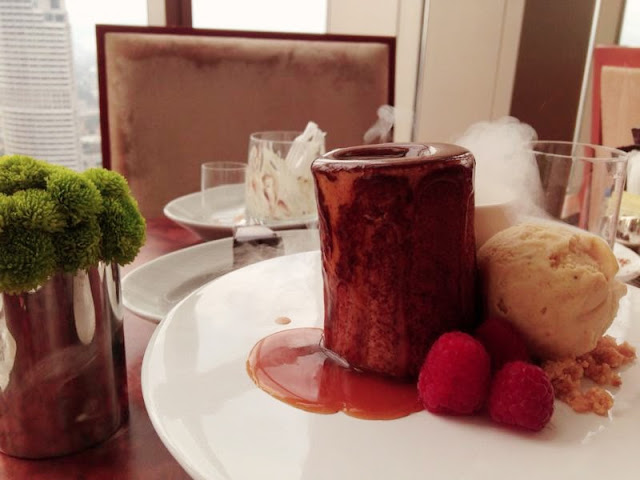 A really really good chocolate molten lava cake. The caramelized banana ice cream that came with it was good too! Oh god I'm salivating all over again just thinking about it. 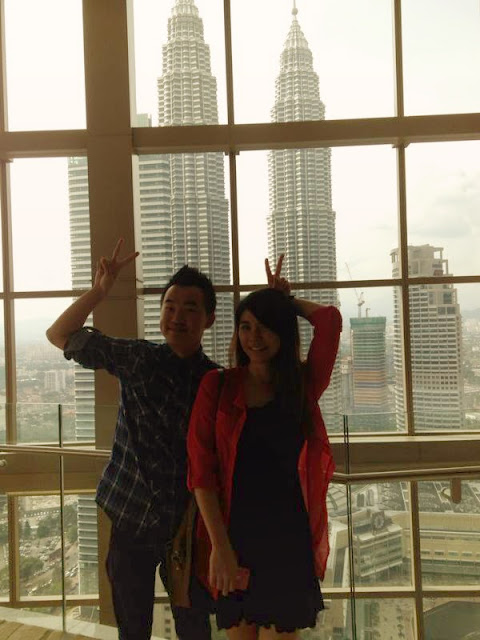 Touristy picture of us with the view!

So with stomaches so full like overstuffed turkeys, we left the place and headed to another buffet T___T A buka puasa buffet it was. I think the amount of calories we consumed at the 2 buffets itself is enough to last us for the entire week already.

Doesn't matter, it was SO WORTH IT. 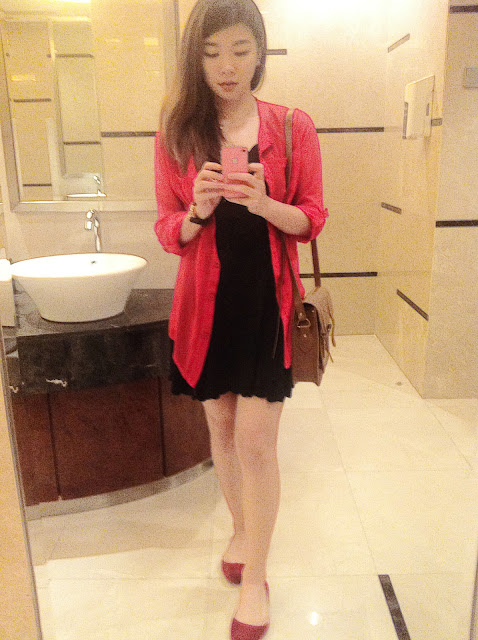 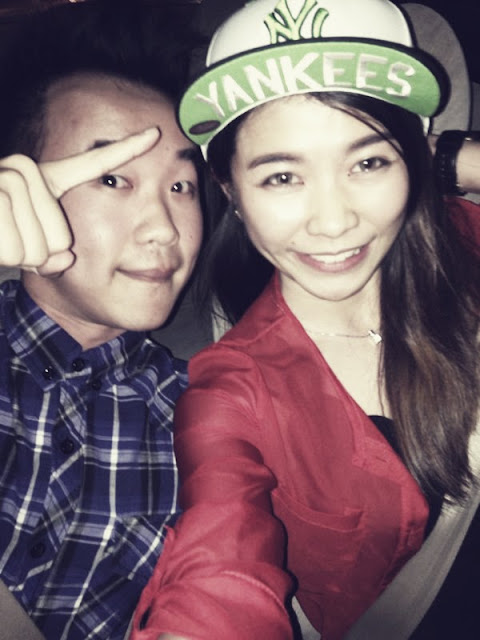 Oh and Ernie got me a new cap from the States because I wear caps pretty often these days. Thanks Ernie! For the cap and the fattening session. 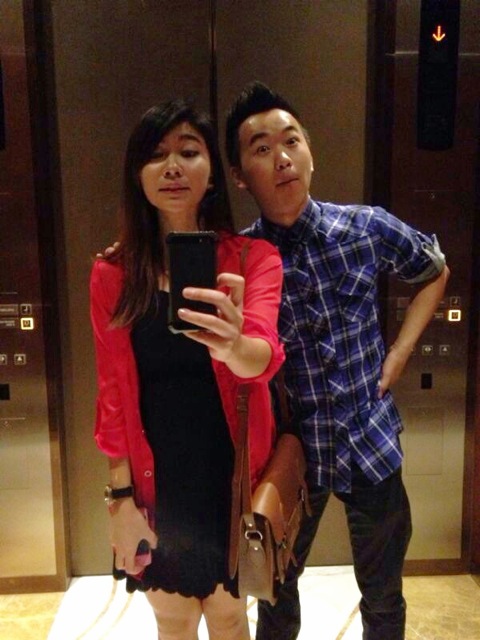 Okay here's a ridiculous picture to end the post. Bye!