Last weekend, we went to Ho Chi Minh City (Saigon) to see Hardwell. Can't believe his I AM Hardwell tours are still going on! I must say that Hardwell's hardworking-ness is pretty admirable.
I still remember my first I AM Hardwell in Singapore last year. Well, Vietnam and Singapore are on two different ends of  a scale so it's going to be a different experience! Besides, they're one year apart so the mixes definitely won't be the same too. 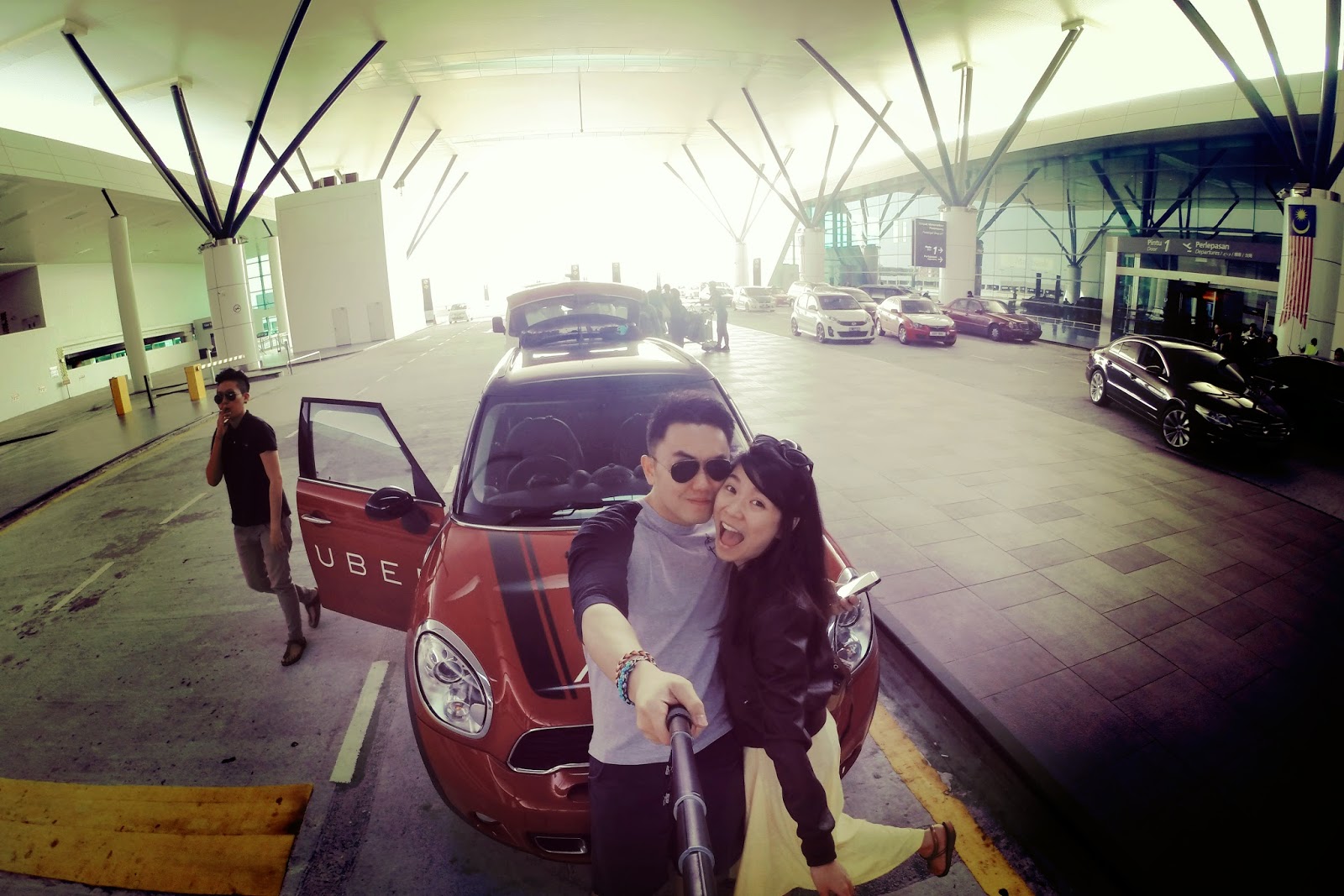 Took an Uber X to KLIA2 and guess who's the driver! Thank you Huilyn for driving us there in this awesome Mini Countryman. 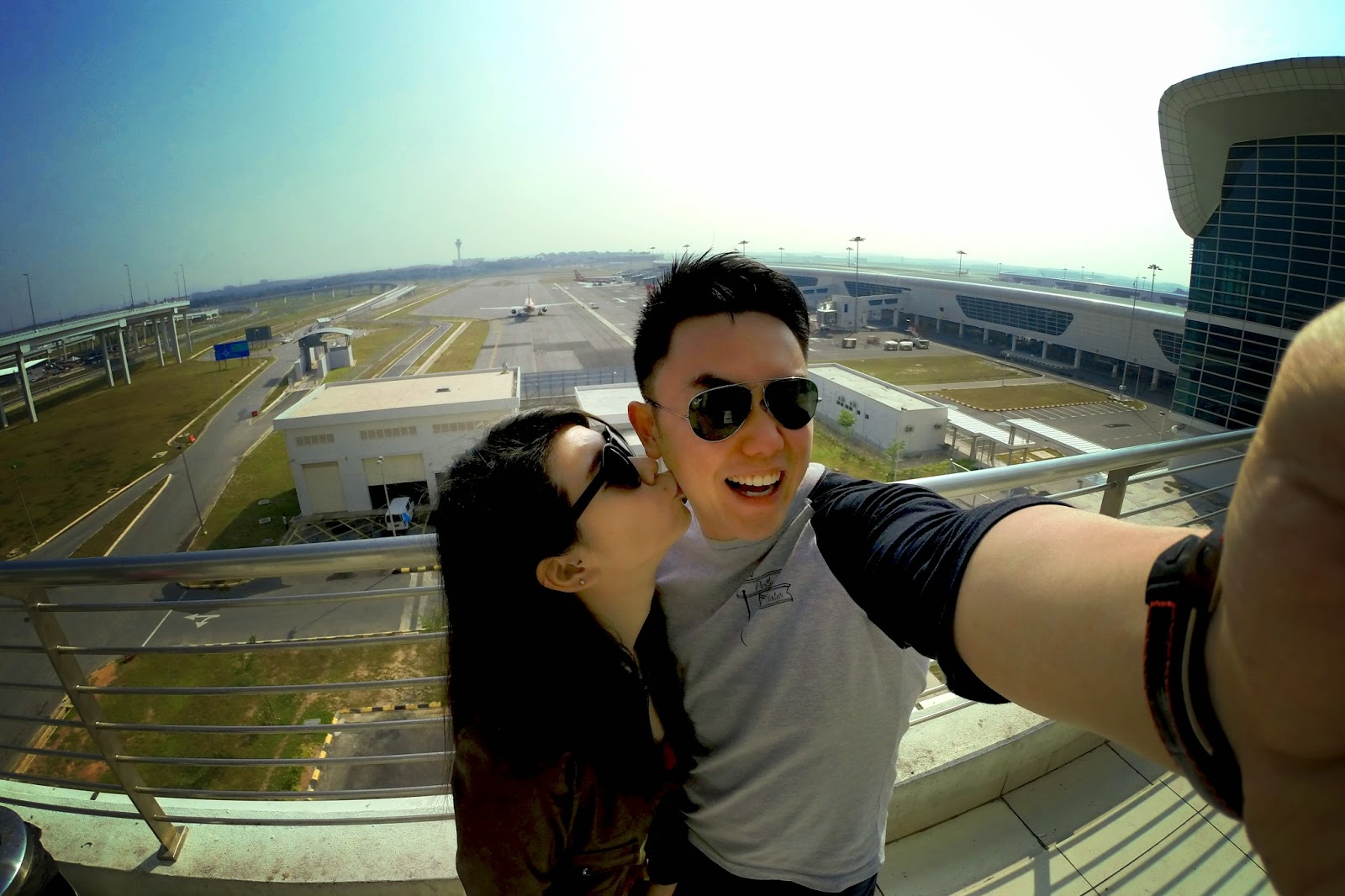 First time at KLIA2 and yes the place is rather posh, as compared to the previous LCCT.

Leon and I decided to travel while we're there because fuck you we can Siem Reap is nearby and it's somewhere we've been wanting to visit. We had to take the bus to Siem Reap on Monday morning itself (Hardwell is playing on Sunday night) because the one on Tuesday was fully booked. In other words, we only had half a day to explore the city before the rave. 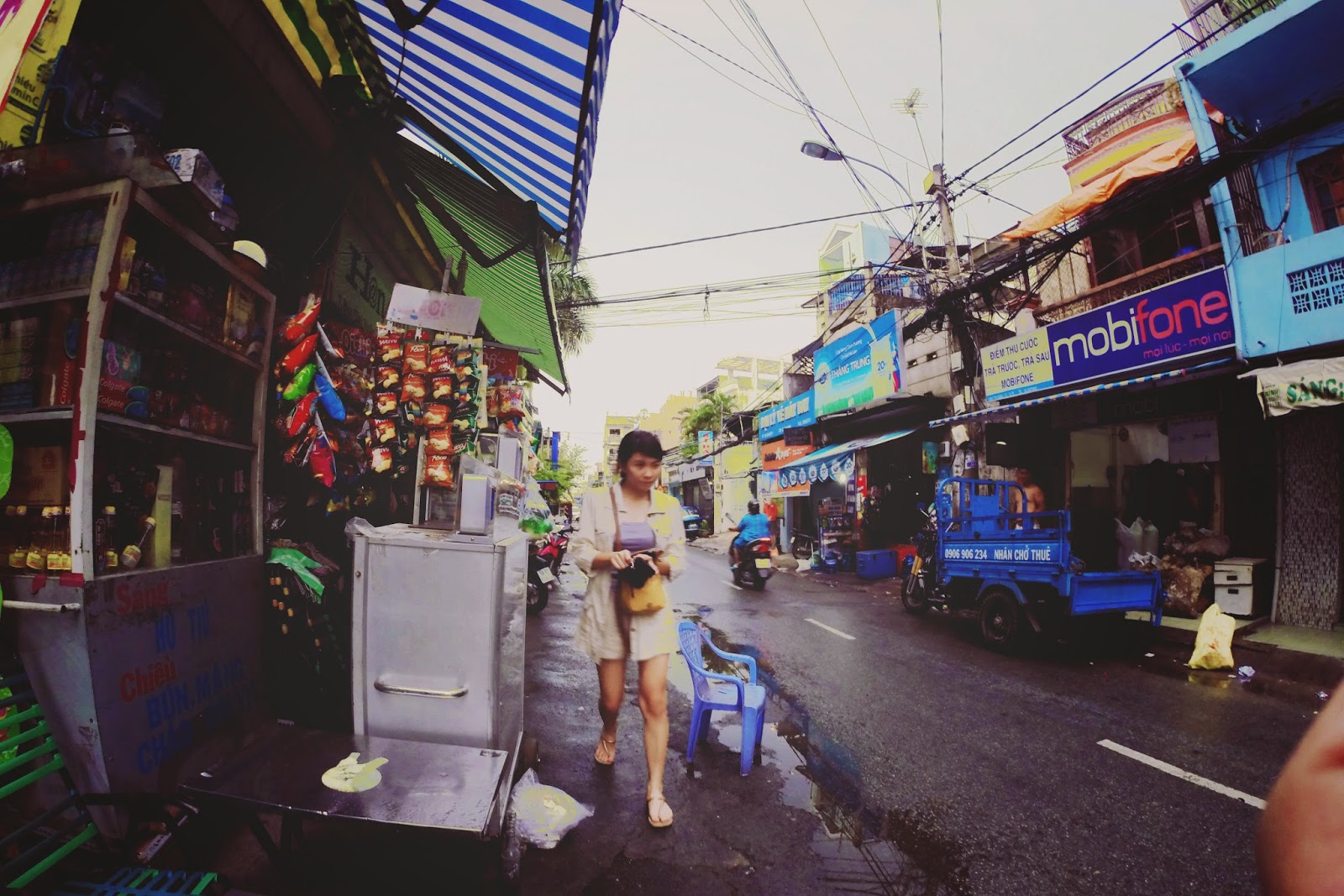 Casual stroll down the streets. We were food hunting and looking for a chill spot. 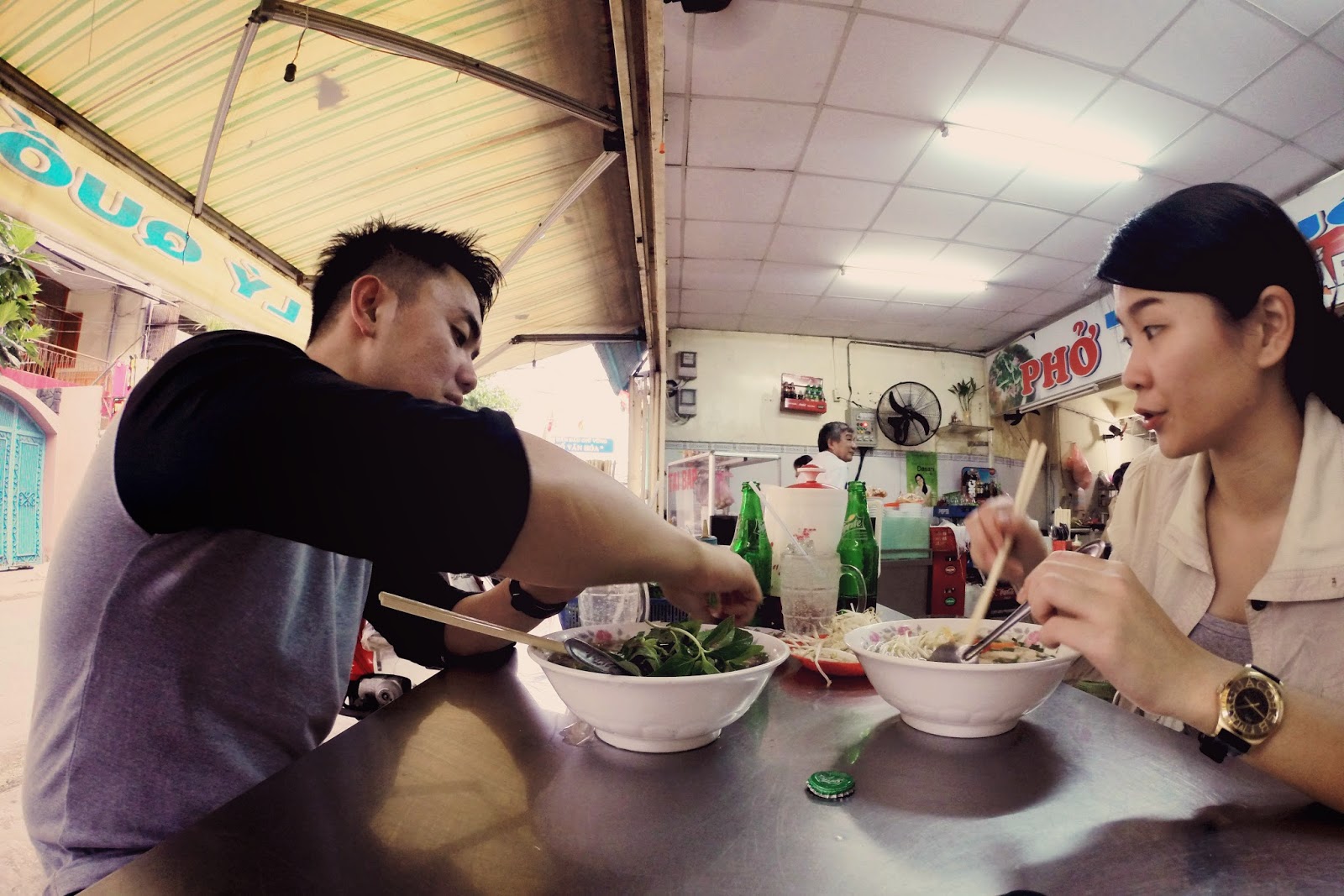 Pho! Die die must eat Pho in Vietnam. It's like a spicy and flavorful Hakka mee soup. We also had lots of Vietnamese coffee and sandwiches. I love them sandwiches and coffee so much that if I were to choose to live with just a single food/beverage for the rest of my life it'd be Vietnamese.

If I were to describe the traffic in HCMC in two words.... Organized chaos. These people have an unspoken code of conduct and I really admire them for it. As chaotic as the traffic may look, one can always cross the road without getting hit and I didn't see any accidents the whole time there. I can guarantee that if we have this system in Malaysia, everyone no need go home already.

Here's an example of a usual day in HCMC from a pedestrian's point of view. The trick is to walk as if there were no vehicles on the road: 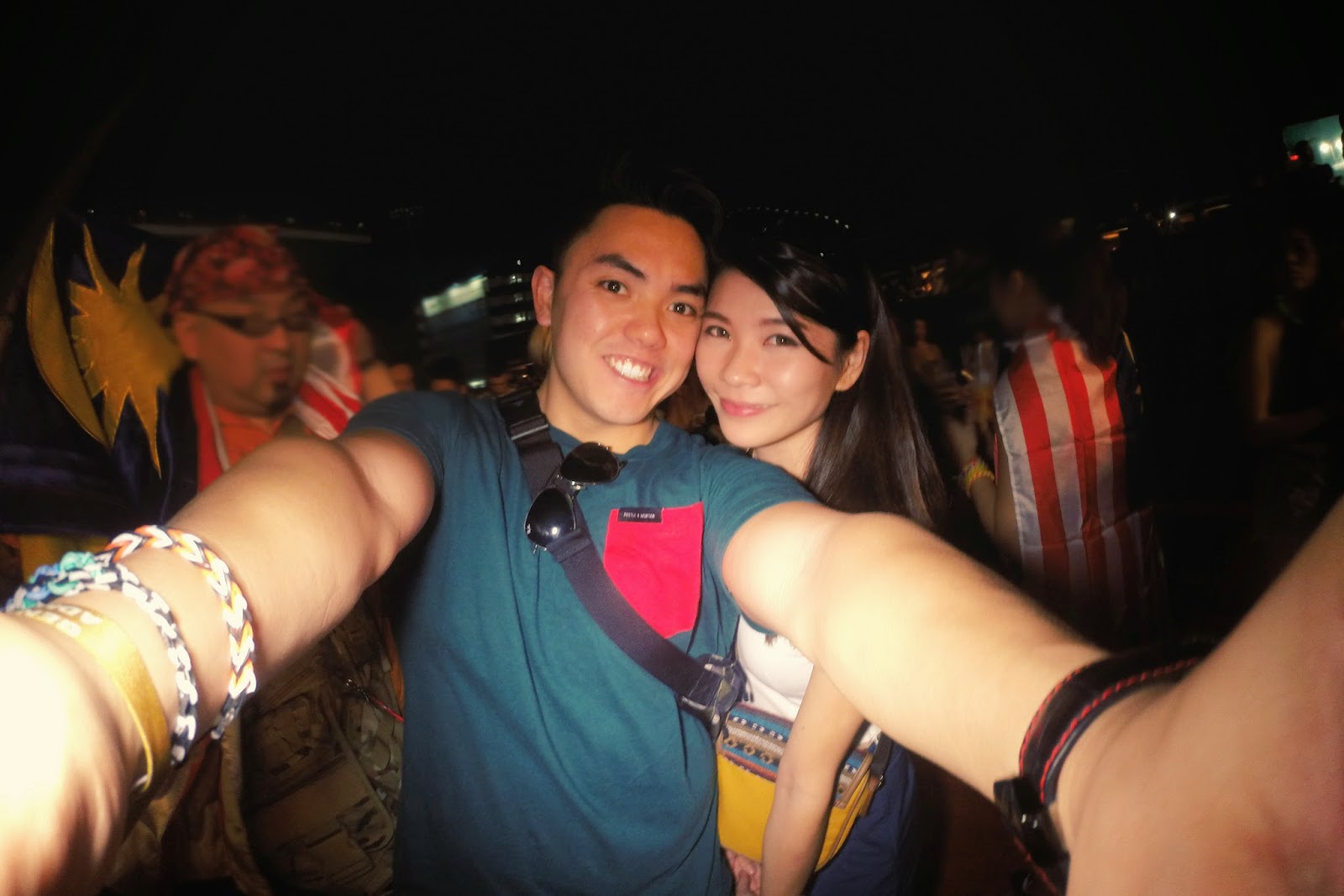 Night came and it was time for Hardwell! Fortunately for us, it rained earlier so it didn't rain during the rave. Unfortunately, there were only 4 or 5 counters to serve the entire crowd so it took us at least an hour just to get in. 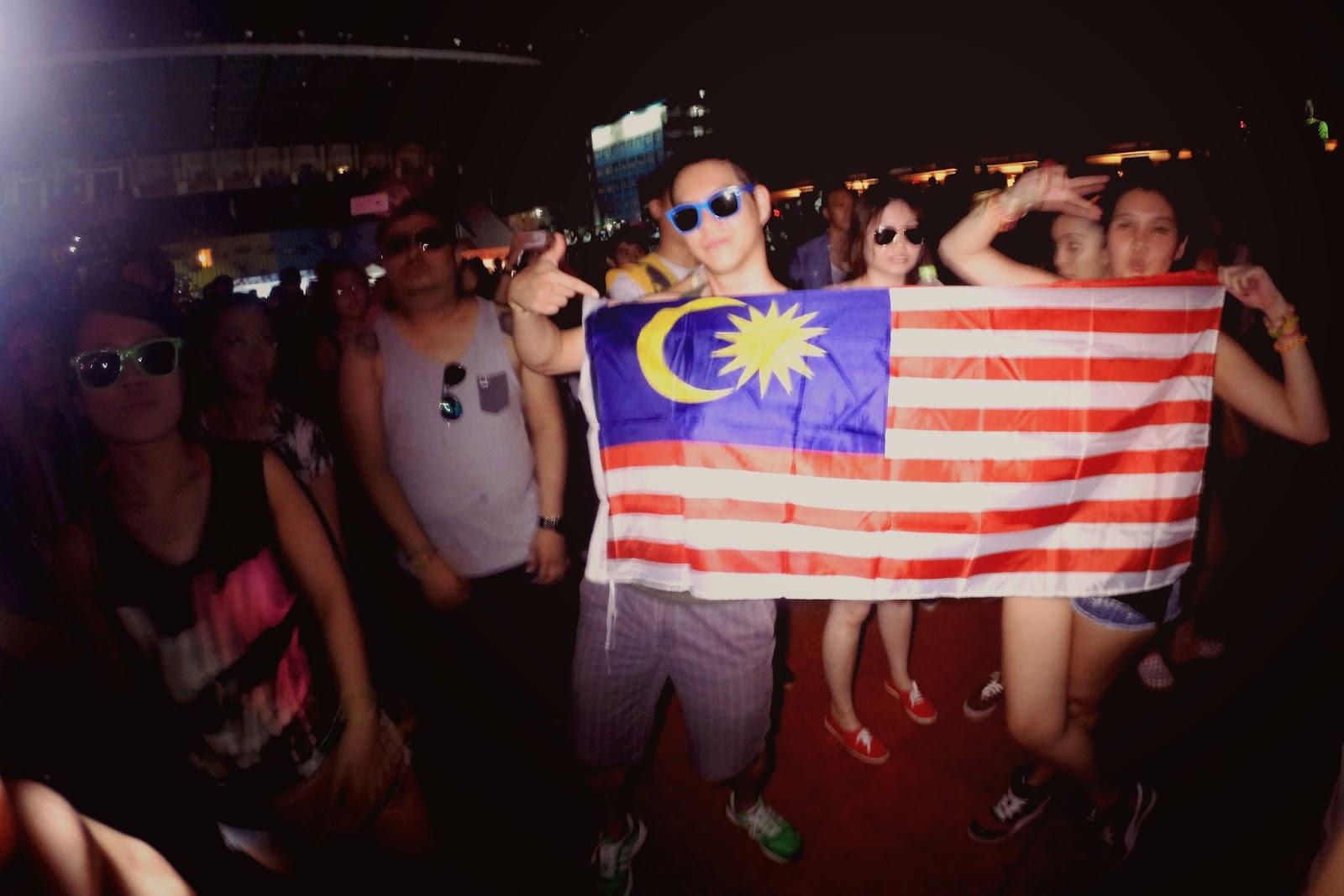 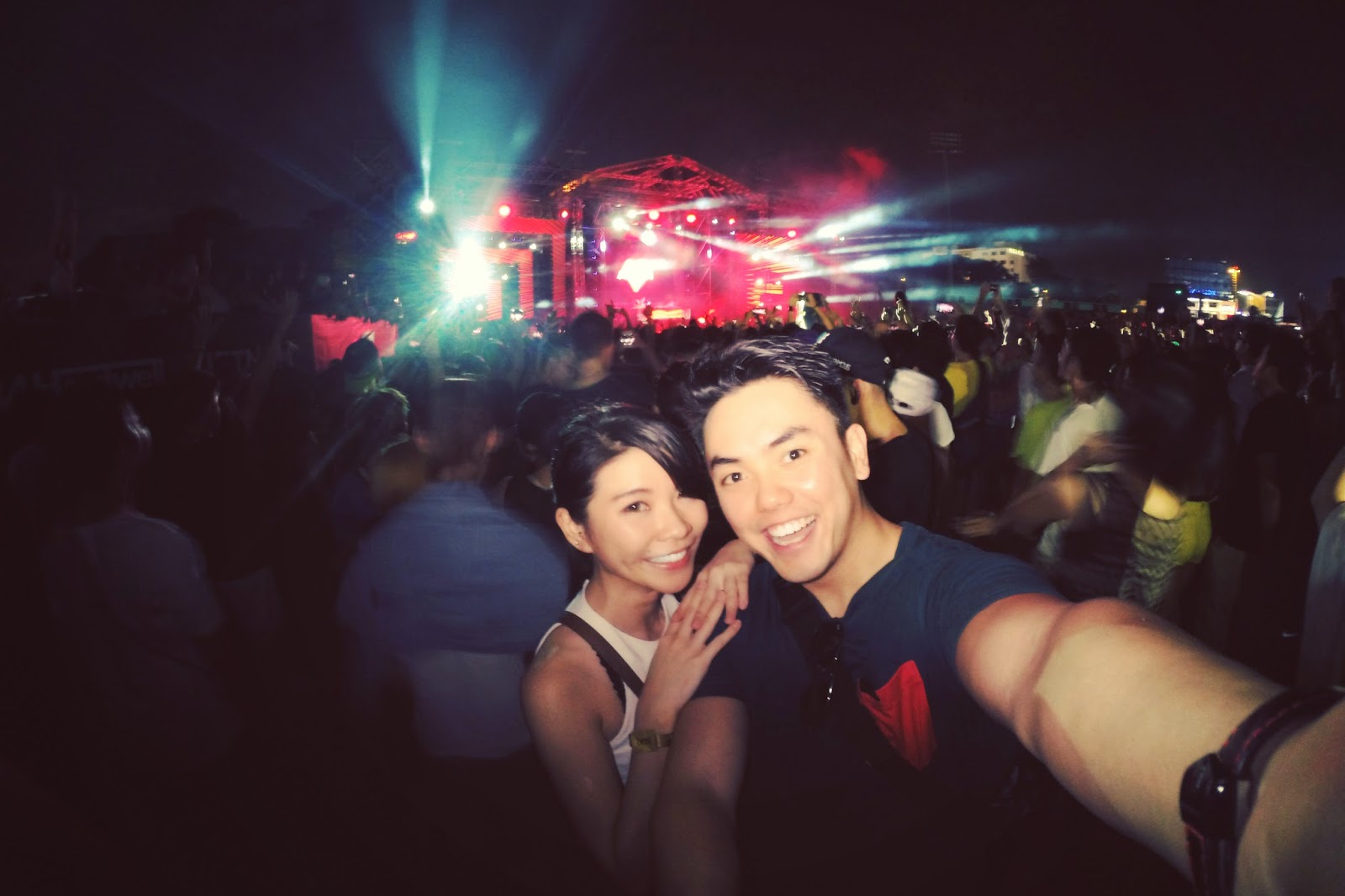 The stage was rather small as compared to other raves.. but hey this is one of the cheapest rave around! (GA tickets at only RM100)

The energy was sufficient (much better than I AM Hardwell Singapore but I'm pretty sure a Malaysian rave can top that) and it was interesting to see a different culture's take on a rave. Dressing, for one. The people there must be so confused because many walked in with elegant clubbing-wear complete with heels, some wore button-up shirts, others all wrapped up and what's worse was that there were aunties lingering around at the back with their kids!

We basically just kept to our group most of the time. Fortunately, the Viets were generous in terms of personal space. We managed to have a large area to ourselves. None of that sardine can and cigarette burns nonsense.

Leon managed to take some footage and we'll be editing the aftermovie soon. Meanwhile, here's a snippet of what went down during the rave: 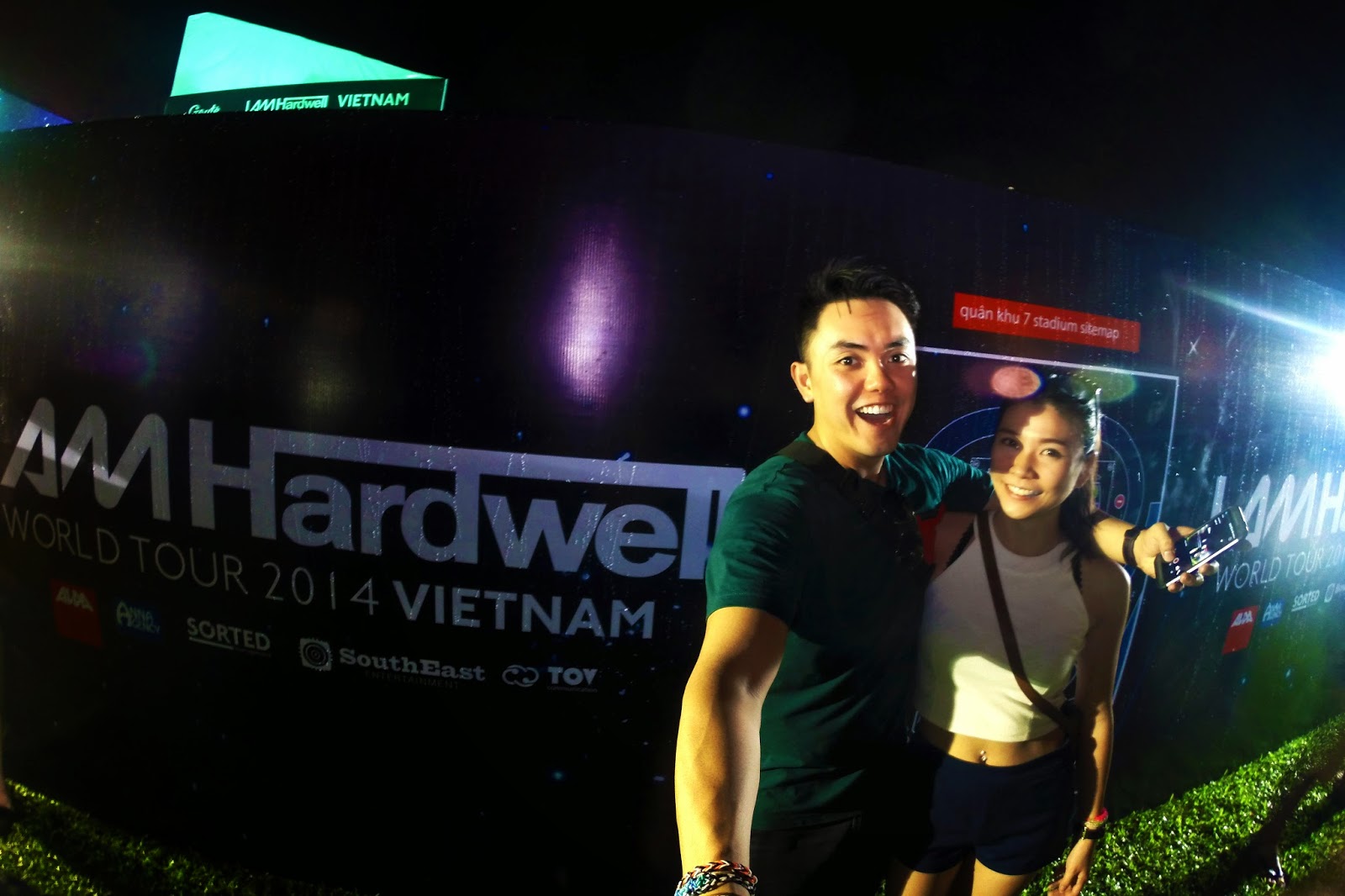 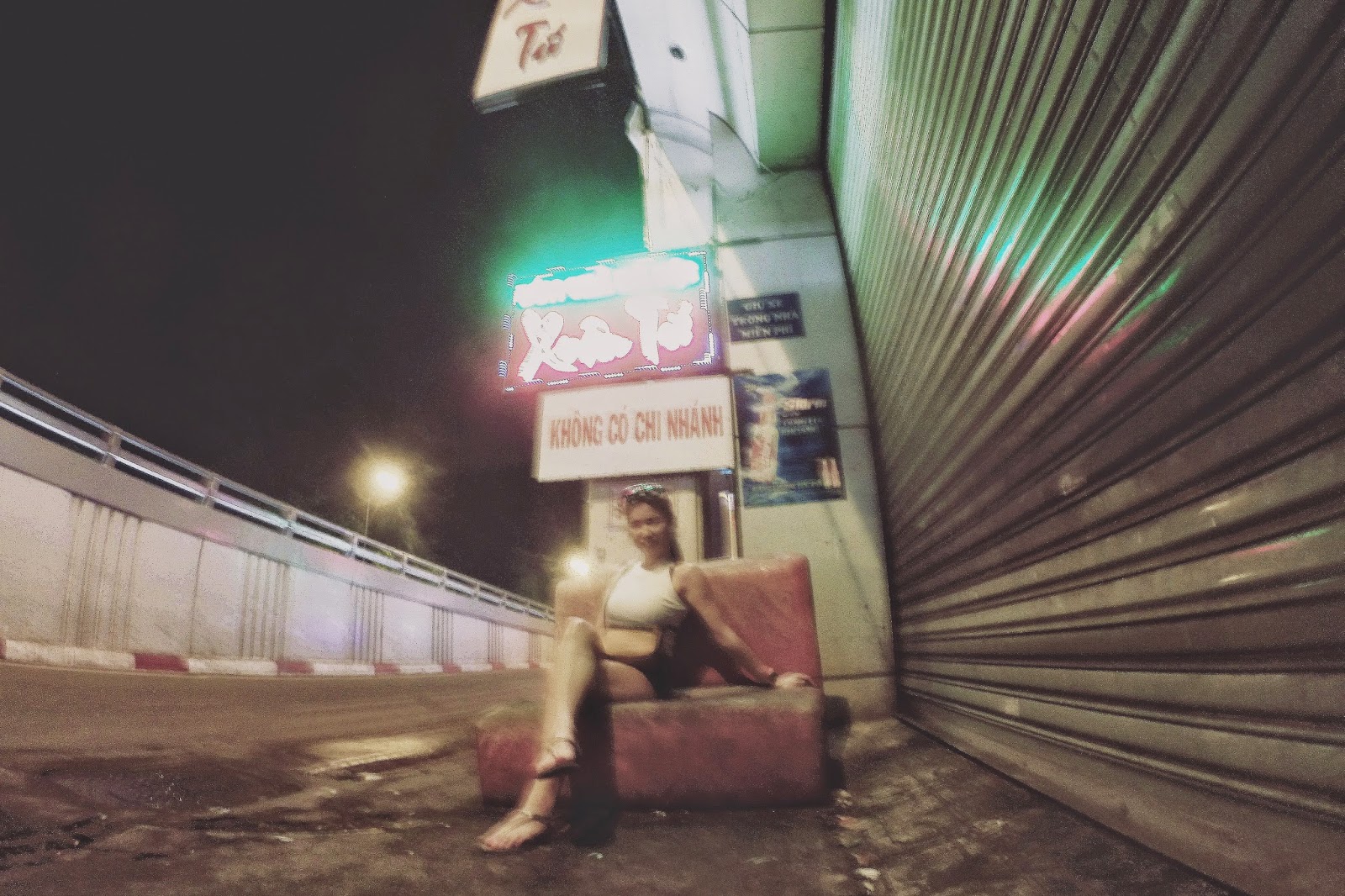 We walked back to our hotel after the rave (10 minutes walk), grabbed a Banh Mi (sandwich) takeaway while we were at it, packed our stuff, and took a quick nap before we travel to the bus station. (Grabbed another Banh Mi and coffee at the bus station hurhurhur I wasn't kidding when I said I love those) 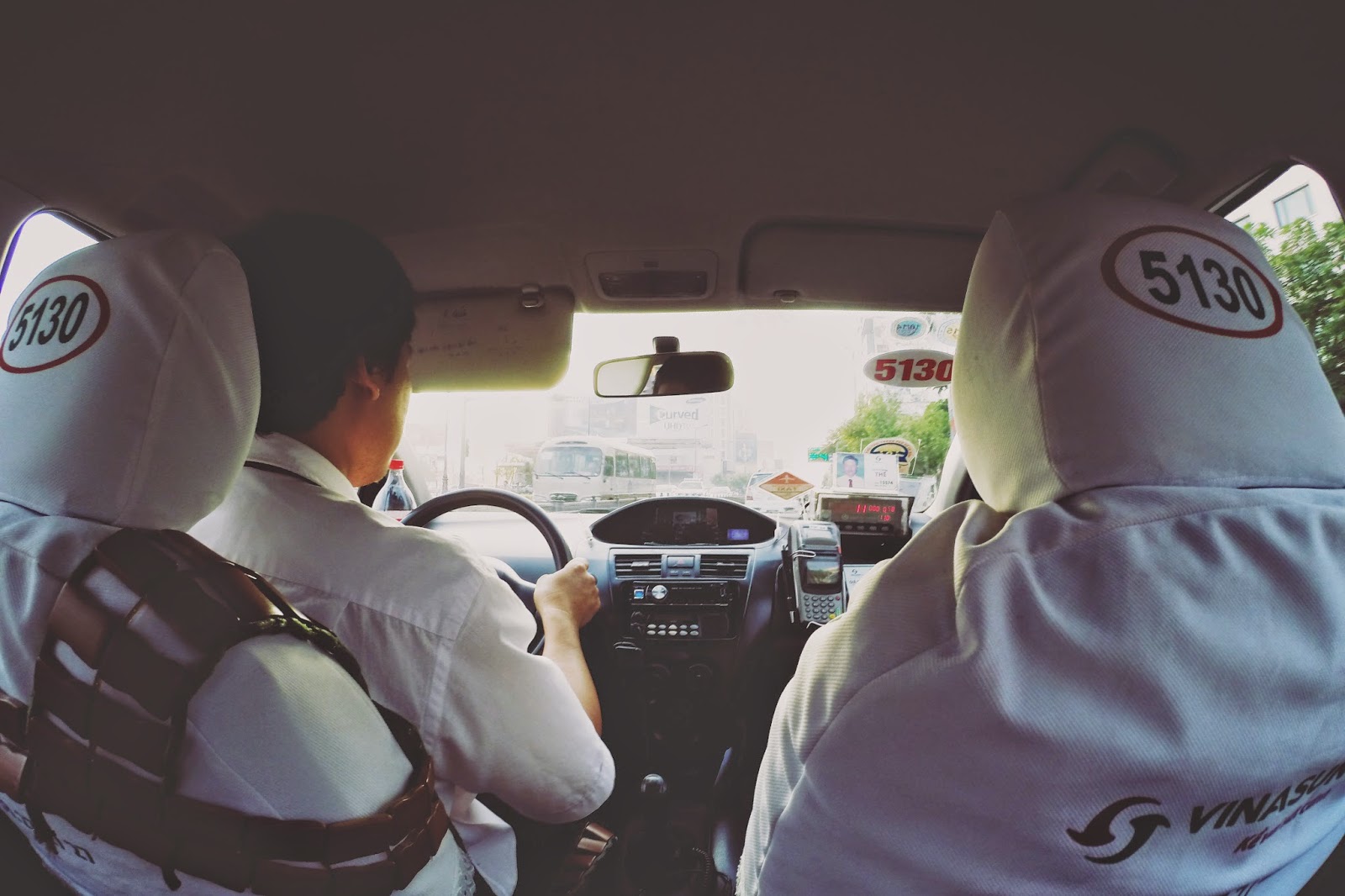 We took the bus to Phnom Penh where we had to change to the one that takes us to Siem Reap. The entire journey was 15 hours long. Not fun but worth the experience. 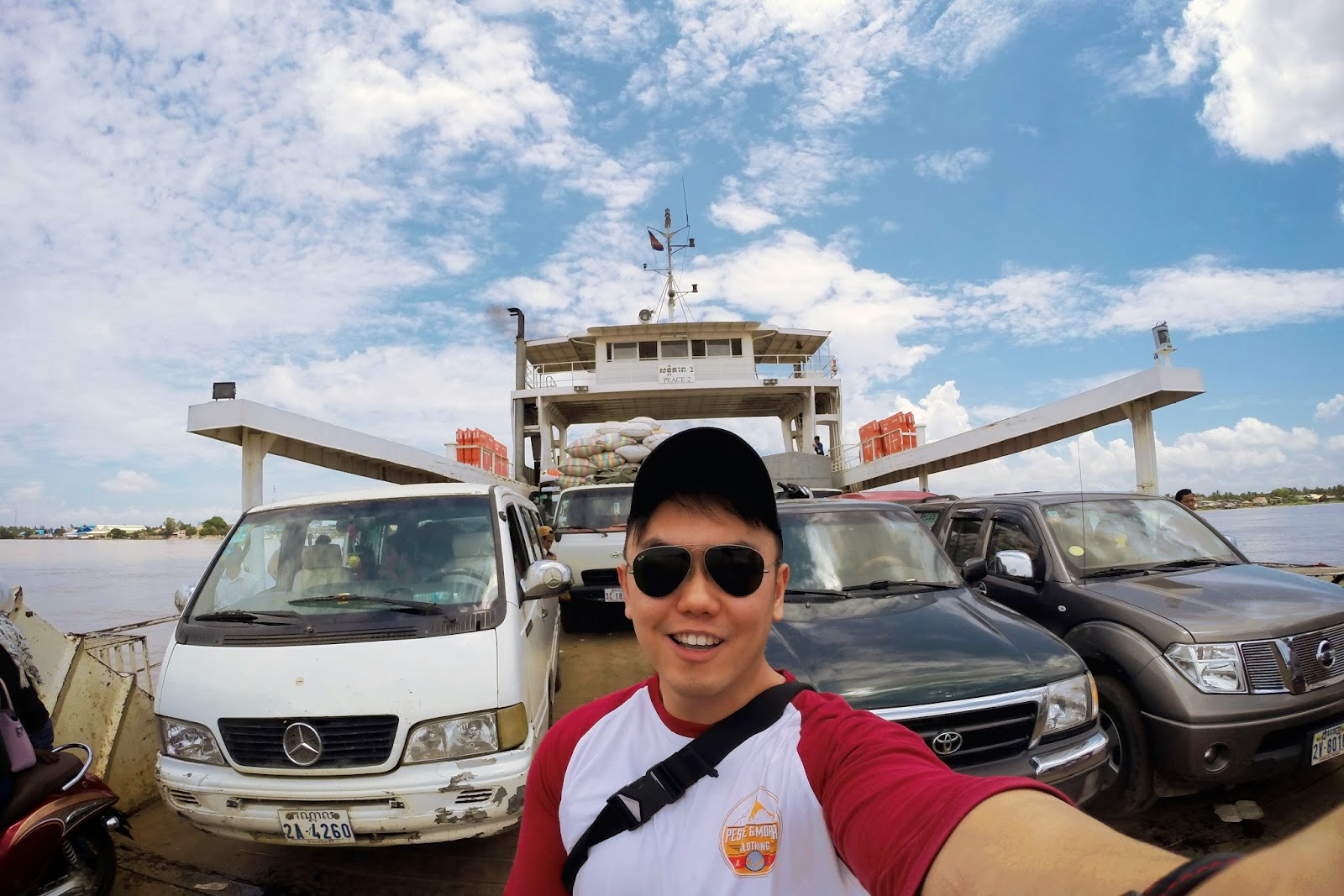 Crossed the Mekong river on a barge. I'm not in the picture because I chose to remain in the air-conditioned bus. I let the Leon do the photo-taking under the hot hot sun. 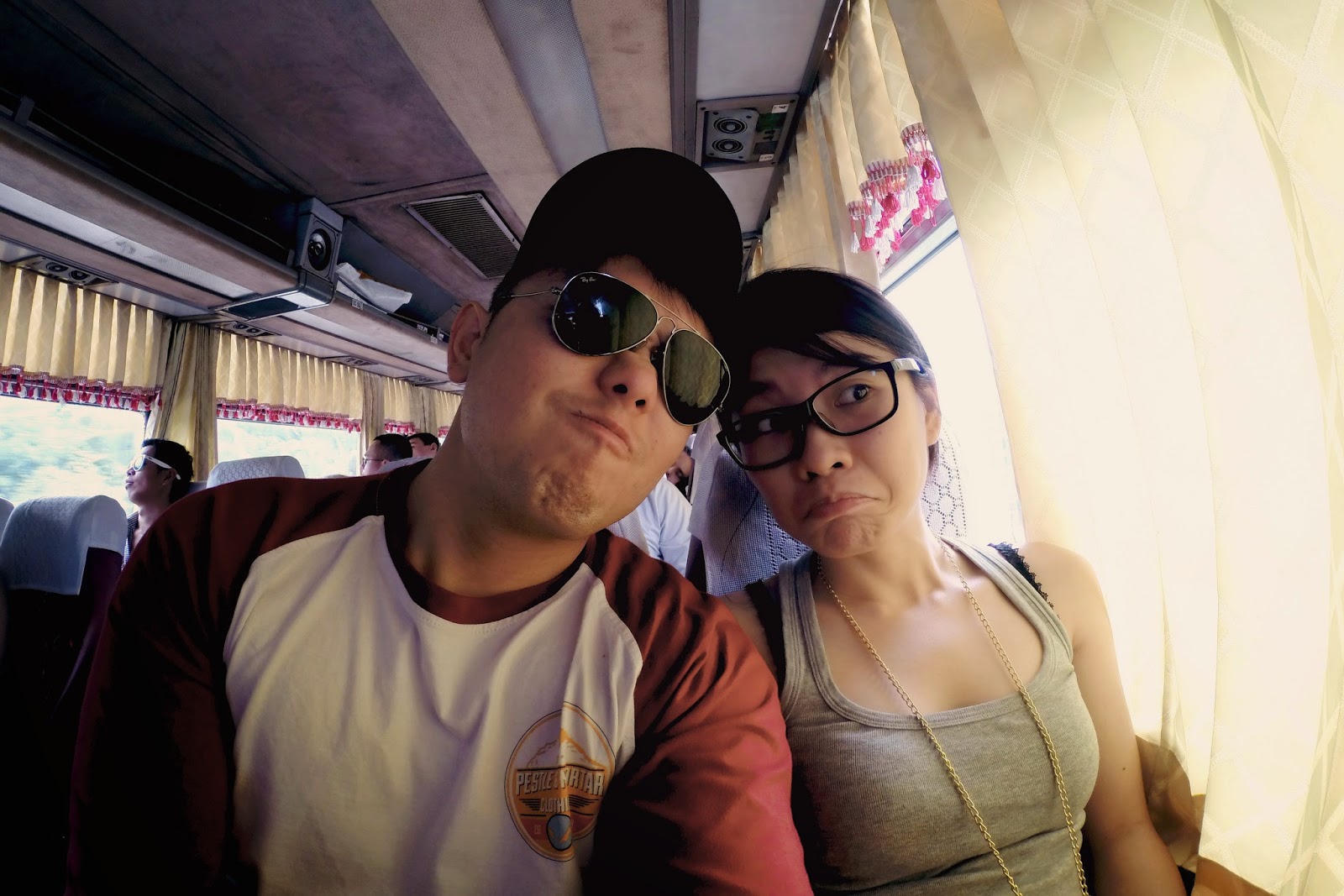 Travel diary to be continued...